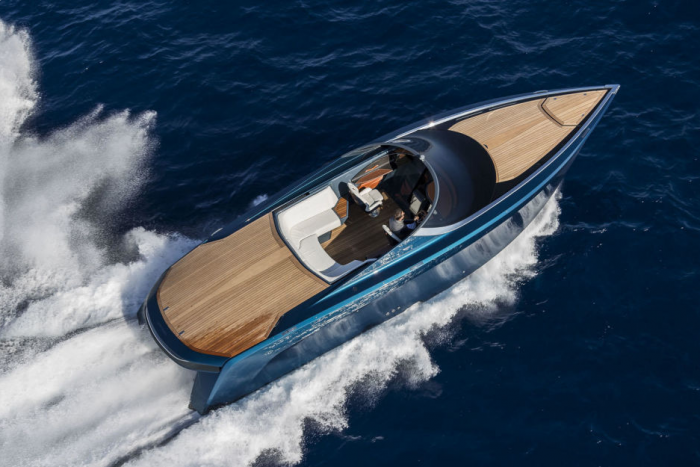 It’s not only supercars that make our days. The segment of luxury cars leans close to the segment of luxurious boats. A message Aston Martin has received well. Harry Metcalf, founder of the well-known EVO Magazine, got the opportunity to review the Aston Martin AM37 luxury speedboat at its introduction in Monaco during the Monaco Yacht Show. The top version of the AM37 has two 8.6 liter V8s which put out a combined 1,040 bhp. Top speed is just under 60 mph, which doesn’t sound that fast. But it really is when in open water. With a price tag of $1,6 million dollar and only a small production number, this sure is an exclusive toy.